This site uses cookies to ensure you get the best experience. Learn more. 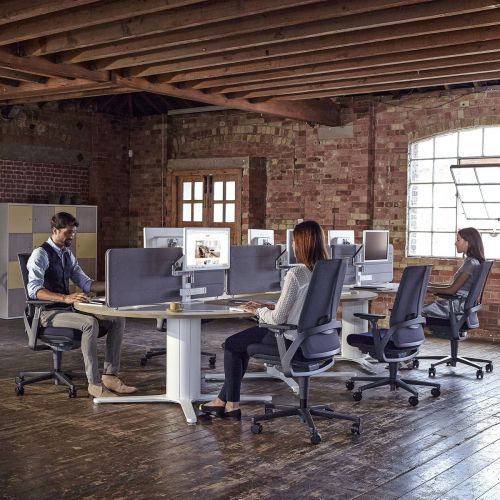 Please enter your details below and we’ll be in touch as soon as possible.

Orb desking is an innovative new worksation solution that breaks away from the conventional office desk. The Orb desk range has circular worktops with the option of either desk height or standing height desks. Offering 360 degree circular and bite desk tops it allows for the interlocking of desks to form team desk configurations.

Need Help With Your Office?

Whether you need some new task chairs, some fitted storage or new office desks, we do it all.

Are you refurbishing your office or sourcing furniture for a new office project?

At furnify we can assist you in the planning of your office space and help choose the right furniture suited to your needs.

We also offer discounts on all office projects and bulk purchases.

Lead times vary between items. If you need something urgent send us an email or give us a call.

All items are supplied with a manufacturer warranty.

Orb Desking is a new circular workstation that breaks the conformism of the traditional office. It liberates space through its 360 degrees round desktop.

Why do office desks have to be rectangular, when much of human culture concerning shape and form is round? Circles have been used for generations to represent unity and have a free sense of movement. With the advances in technology, hot desking and recent GDPR implementation it reveals that vague but familiar workspace, that’s usually hidden by paperwork. Circle and ovals are not used that much in design for reasons to do with space, but when they are used, they attract more attention than their angular counterparts.

Modern and more businesses are encouraging their workforce to move around, rather than be confined to their desk space. This has much to do with staff wellbeing but can also be seen to promote communication and drive creativity. Orb’s design permits a natural fluidity to the workspace allowing gentle crescents to be created through the simple interlocking of workstations. This allows for the creation of team desk configurations as well as single freestanding desks that can be placed around the office for a touchdown purpose.